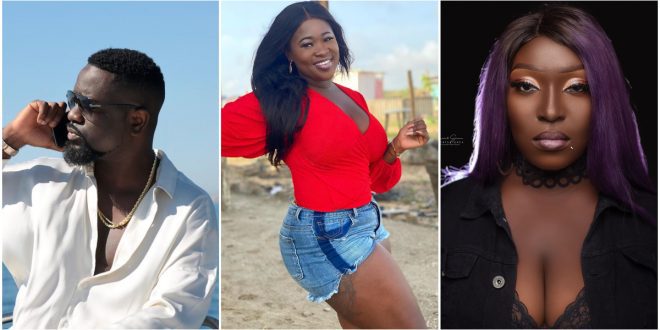 After rapper Eno Barony dropped her diss track “Argument Done”, Sista Afia has replied to her after it was strictly directed to her.

Ever since Eno dropped the track, Sista Afia has been making comments about it trying to say Eno’s song is wack even though music lovers say Eno has murdered Sista Afia.

in a recent reply, Sista Afia used rapper Sarkodie’s song to reply Eno Barony claiming she gave Eno hype for free but she couldn’t use it.

“I gave u hype for free nd u attack MDK as my writer? My bro has NEVA written any song for me. This shows how weak ur self acclaimed rap goddess is. If I’m to remain as a rapper for the next 2 months, I’ll either END ur career or give you MORE numbers. U jst dnt match up with me”.

listen and watch the song below;