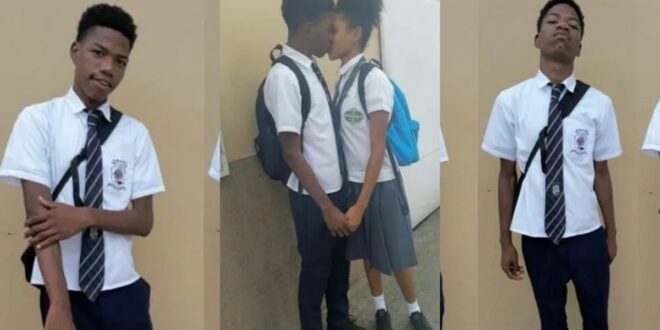 In South Africa, there seems to be an extreme degree of independence, as students from secondary school are able to display love without fear of being reprimanded by adults.

A boy named as Sosa Vaughn, posted pictures of himself openly kissing his “Ex-Girlfriend” and posting “I’m Back Flexing with my ex” on his Instagram.

After the extreme bashing he got from the online audience, Sosa quickly pulled down the pictures.

While several thought it was so adorable, some claim that he is too young to be interested in such a a thing .

instead of being remorseful for days or maybe remaining off social media until things cool, he later returns and posted a picture of himself with the caption;