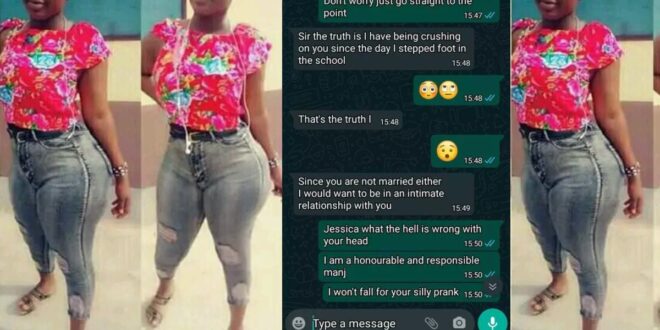 SHS girl curses her teacher for rejecting her proposal

There have been a few instances where male teachers have turned to propose to female students and have gone to the point of bullying them; however, this is a unique situation in which a female student proposed to her teacher in a couple of chats .

Here are few specifics and proofs of what happened.