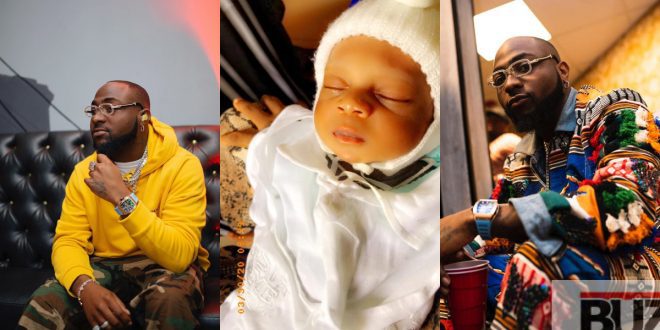 Nigerian singer Davido has finally reacted to his die-hard fan who claimed he has named his newborn son after him.

in our earlier story, we reported on the die-hard fan who named his newborn son after Davido.

well, Davido in a reaction to that says the die-hard fan should prove to him that he actually named his son after him and he will make him rich.

Davido in a reaction wrote;