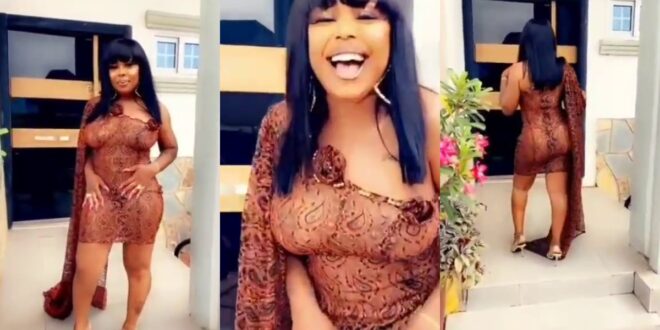 Afia Schwar, the queen of Ghanaian comedy, has released a new video in which she is seen without her bra.

She was seen giving her fans a 360-degree turn in the viral video just to amuse them.

She has been photographed in similar situations a number of occasions, and it is become part of her identity.