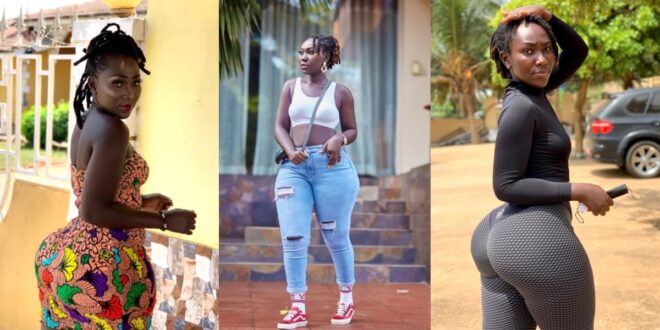 Choqolate GH, a rising Ghanaian dancehall artist, has wowed her many social media fans and followers with her new snap, which is quickly going viral.

The musician, who bears a startling similarity to late Ebony Reigns singer Priscilla Opoku Kwarteng, has posted a new picture of herself without make-up.

Choqolate GH was seen in a photo spotted by Buzzgh.com sitting in a chair in what seemed to be a makeshift dining room just in front of an open space plush kitchen.

Choqolate GH wanted to show off her natural beauty this time, allowing others to see how beautiful she is even without any makeup.

Choqolate GH was photographed looking away from the camera while sitting at a small table with some items on it in the shot.

“You Can Be Late And Still Be The Latest”

Narnarh Berry have been creating content for blogs which includes Buzzgh.com and bestshowbiz.com, you can contact her via Email on narnarha[email protected]