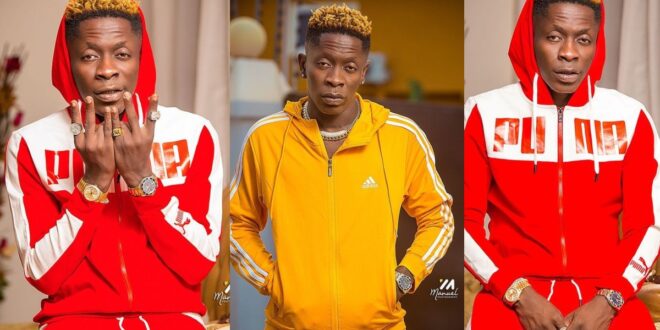 Popular Ghanaian dancehall artiste Shatta Wale has recounted an encounter he had with God when he was in the police cells.

according to him, he was arrested for involving in a minor whom he claims she told him she is 18-years of age.

it appears that the girl’s parents got him arrested and he didn’t get anyone to bail him hence his case was in the process to appear in court.

the self-acclaimed dancehall king says he rushed to the dirty urinary in the cells and knelt down and prayed to God for his will to come to pass.

a few minutes later he heard the girl’s parent fighting with the CID where they called him out and asked him to go home.

Shatta Wale says that was a big turning point in his life since God revealed himself to him and he was released through that if not he would have been in prison by now.