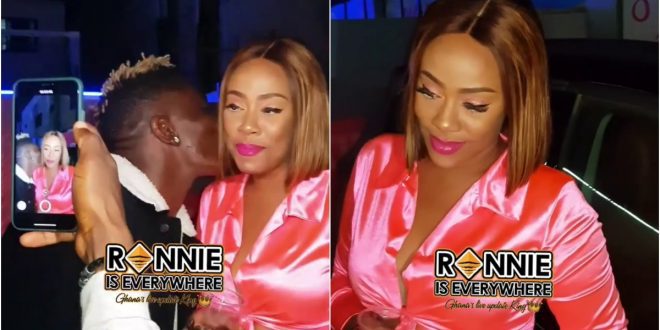 Self-acclaimed Dance hall king, Charles Nii Armah Mensah aka Shatta wale has once again found love after his sudden broken heart he received from his baby mama Michy as he flaunts a beautiful lady together with him on social media.

Shatta wale recently was in a relationship with Michy which ended up producing a baby Boy, Majesty. Michy broke up with Shatta wale as she accused Shatta Wale of pulling a gun at her and beating her and also being unfaithful. Majesty is now in the custody of her mother.

Following his break up with Michy, Shatta wale has stayed single ever since and it got his fans praying fervently that he finds another lover. Their prayers has been answered.

The multiple award-winning Ghanaian Dancehall artiste during the opening of the new studios of 4Stye TV flaunted a beautiful girl who is apparently about to take over the role as queen of his reign empire.