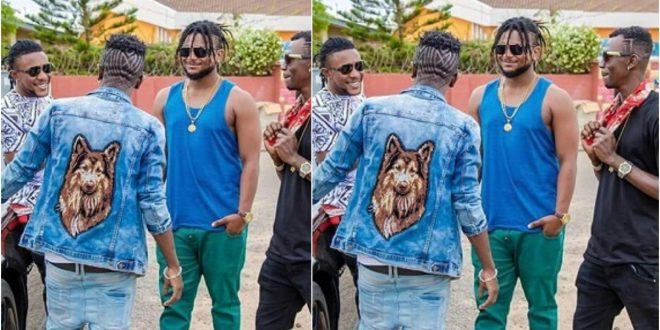 Ghanaian Reggae and dancehall artiste Shatta Wale has finally given reasons and the details why he sacked his Militants from his SM camp.

as we reported earlier, the SM boss has sacked four members of his militants, Natty Lee, Captan, Addi Self, and Joint 77.

Shatta Wale has finally poke in a video as he confirms and details why he sacked his former loyal militants from his camp.

Shatta in the video disclosed that these sacked militants have been speaking ill behind his back to people in the US.

“The money and things I have done for these boys, their mother and father self has not done that for them. Addi Self has the right to call someone in the US and tell him that if we come out with a song together or we go and perform at a show, I don’t give them money. You these boys who can’t write a single in a song, you can’t even enter into a song when I cook beat for you, you have the right to say this? I have sacked them,”

“LOYALTY IS NOT FRENEMY…WE DON’T STAND ON OTHER’S SHINE TO PUT DIRT IN OTHERS EYES AS WELL BLINDFOLD OTHERS WHY IS IT THAT SO MANY USE THE SHATTAMOVEMENT TO HYPE THEMSELVES WHEN BEHIND ALL THIS IS NOT EVEN ANYTHING GOOD ?? HOW MANY OF YOU DID DIRTY THE NAME OF SHATTA WALE ? HOW MANY BE A DISGRACE TO THE MOVEMENT !? SOME WILL KNOW WHY I TALK THIS WAY AND SOME WILL NOT KNOW. #SHATTABIANCA.”