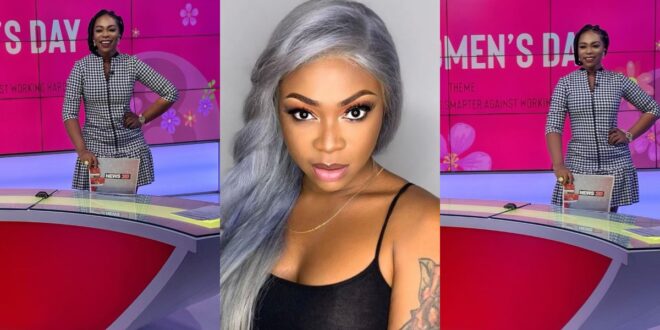 The network wanted to appreciate women by highlighting their resilience and presence in all aspects of life as part of the International Women’s Day celebrations.

Shatta Michy was in the TV3 newsroom with others, where she presented news 360.

It was a truly magical moment as Shatta Michy delivered an outstanding performance.

With her eloquence, courage, and charms, the mother of one wowed the crowd!

Shatta Michy has recently shown that, behind her “craziness,” she should never be taken for granted! She’s serious, and she’s studying law right now.