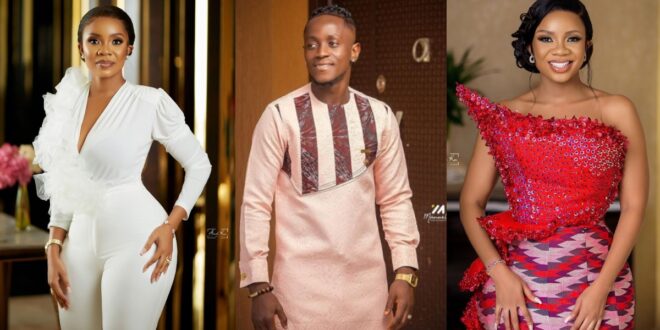 Serwaa Amihere rumored to be dating footballer Emmanuel Boateng who is married.

On-air personality from Ghana Serwaa Amihere is one of the stunning ladies who feature on Ghanaians’ television screens in thrilling programs, but little is known about her personal life.

Unlike some media figures, who Ghanaians are aware of their love partners, none of the sort is known, leading to assumptions.

Serwaa was formerly accused of having a secret relationship with Ghanaian singer King Promise, but that story did not stand the test of time and died out.

Serwaa is dating Ghanaian footballer Emmanuel Boateng, despite the fact that he is married, according to a social media user.

We’re perplexed as to why Serwaa would date anyone who is married.