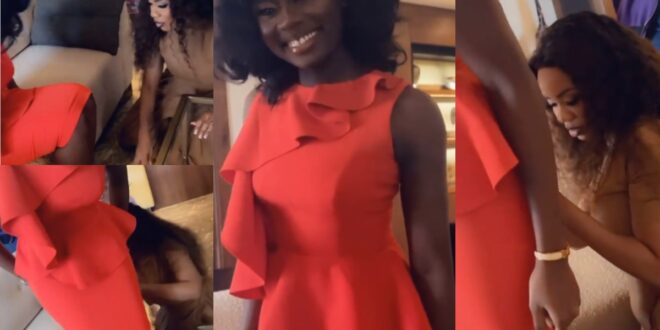 Nana Aba Anamoah, the general manager of Ghone TV, has expressed his gratitude to Serwaa Amihere for her efforts and role in welcoming Natalie Fort to Ghone.

Natalie Fort, who was formerly with Media General’s Tv3, has recently moved to EIB’s GhOne, and the news of her transfer has shocked everyone.

Serwaa Amihere was seen in a video circulating online modeling the eloquent Natalie Fort from top to bottom as she dressed for her photoshoot.

Serwaa Amihere, according to Nana Aba Anamoah, worked on Natalie’s photoshoot and video by herself, for which she was grateful.