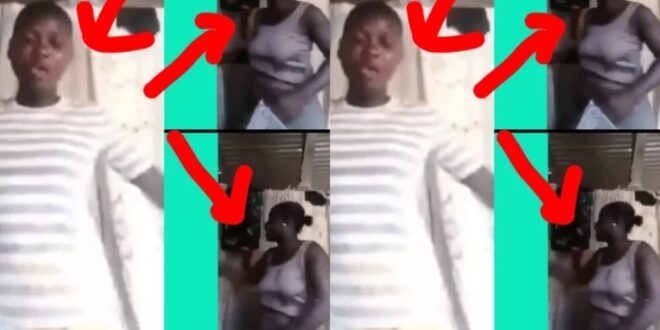 A video is now creating headlines on social media. This footage depicts a woman abusing her daughter in a terrible video after she captured her filming herself.

As it is noted, when the mother noticed her and beat her up, the young girl was dancing indecently and filming herself in the room.

To the point that many Ghanaians respond to it, this video has gained a lot of coverage The majority of people agree that this is was wrong.

She got into serious trouble when are mother caught her recording a video of herself which her mother deemed too inappropriate! pic.twitter.com/aITntR5FaR