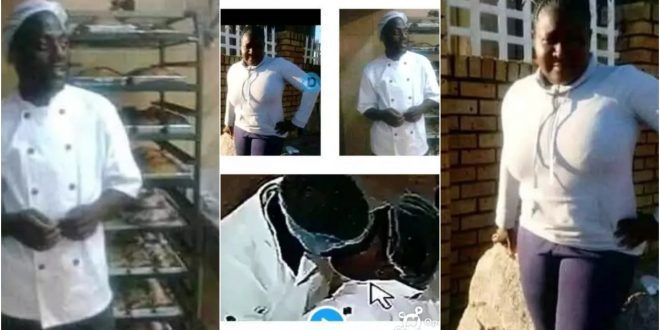 we recently got hold of CCTV footage that captured co-workers at a bread-baking company having a great time together as they make out. check it out if you missed

this created a lot of controversies on social media as many criticized them for disrespecting their job and also for being filthy and not considering the fact that they supply bread for human consumption.

the management at the company did take drastic action as the two culprits have been suspended and faced discipline which in the long run resulted in dismissal.

in the Footage, their faces were not clear so you did not have the chance to see the real identity of these culprits.

we have finally chanced on photos that reveal their real faces and we won’t be stingy with this one too as we weren’t with the CCTV footage.