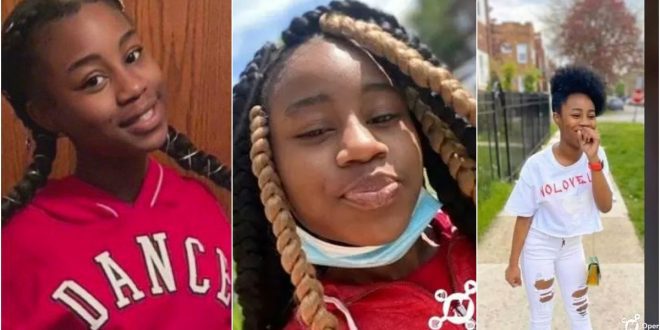 During the weekend of the recent father’s day, A total of 102 people were shot in Chicago between Friday evening and 5 a.m. Monday. Thirteen of those people were killed, including at least five children.

one of those children was Amaria Jones, 13, who was in the middle of showing her mom a dance move at their West Side home when a gunman – still on the loose – ended a life loaded with promise.

“She was showing me this dance called TikTok,” said Ameria’s mother, Lawanda Jones. “And Amaria died dancing. I turned around and I was looking for her and she was on the ground reaching out like this, holding her neck,”

Immediately, Amaria was rushed to the Stroger Hospital of Cook county, but unfortunately, she was pronounced dead some minutes later.

See some photos of Amaria: