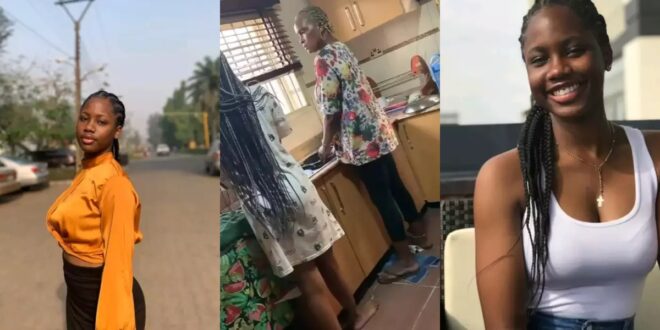 A stunning 16-year-old girl known as Miss Stephanie Nwankwo, who grew up with her parents in the states of America, had told them that she was in a boy’s relationship.

This adolescent stood up to send her mother the news of the qualities she found in her boyfriend that she cherished and was compelled to consider becoming her spouse.

Her mother’s reaction after she made this confession was epic, as she lost hold of herself. It was too clear that her mother had already been really frightened.

The expression on the mother’s face as soon as she learned the news said a lot.

There was unhappiness about the news from the look of her mother, clearly, and this made her begin to interrogate her.

The woman could not help how bizarre she thought the news was and called the father as the head of the house to be aware of what his daughter was saying.

He did not hit her, he just told the adolescent daughter to face her studies first, because she is way too young to date someone as it comes with a lot. The man came and felt bad too.