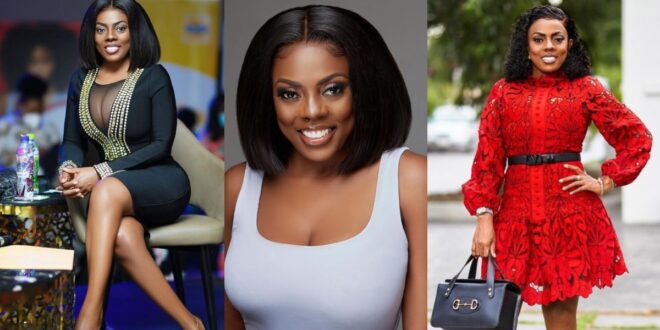 Nana Aba Anamoah is a Ghanaian television personality, news presenter, and broadcaster who has won several awards. She anchored some of TV3’s most popular programs, including the Diva Show. Before her suspension and resignation, Anamoah was the knowledgeable presenter. She is the General Manager of the EIB Network at the moment.

Jyoti Paa Kow Anamoah, Nana Aba Anamoah’s son, is his pride and joy. Jyoti Paa Kow Anamoah, now 20 years old (born in 2001), lives and studies in London at a university (UK). Nana ABa was the host of the Diva Show on TV3, which drew a wide audience around the country before she made the switch to GHOne TV. She is the host of GHOne TV’s political talk show “State of Affairs.”

We’ve chosen to show you few photographs of the tv personality, which highlight that she knows how dress in the fashion world.

Have a look at the images below.