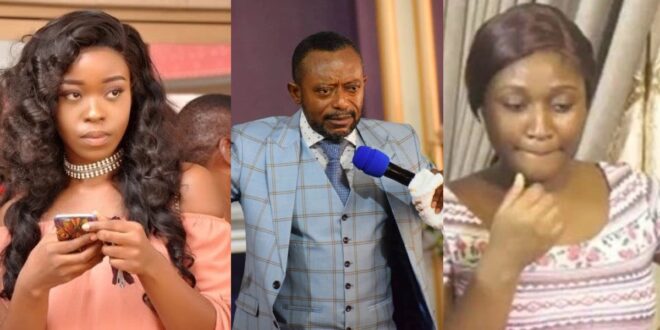 The Founder and Leader of the Glorious Word Ministry International, Rev Owusu Bempah, is well-known for his Prophetic Powers and political participation. Rev Owusu Bempah has become increasingly active and influential in recent years after making several prophecies, some of which have come true, but the majority of which have not.

Regardless of his scandals, Rev Owusu Bempah is respected as one of Ghana’s most promising and strong prophets because of his sincerity and respect.

Rev Owusu Bempah has kept his family very secret after being in the headlines for over a decade, but pictures of his children and his ex-wife, Abena Animah, crop up every now and then.

ALSO READ  So sad: Video of Kofi B performing a gospel song before his death pops out.

Rev. Owusu Bempah has three children, two daughters and one son. The eldest is Emmanuella Bempah, who is followed by Elsie Bempah and Edwin Kojo Bempah.

see pictures of them below.