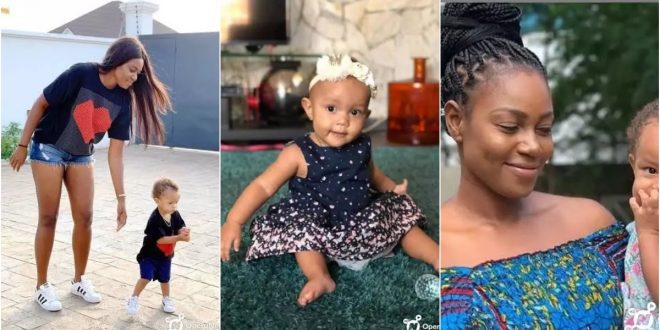 See Adorable Pictures of Yvonne Nelson and her Daughter

the popular Ghanaian actress Yvonne Nelson is well-loved by many here in the country Ghanaian based on her beauty and versatility in the movie industry.

She was born on November 12, 1985, in Accra to a Ga and Fante parents. she came into the limelight when she starred in the movie Princess Tyra and Playboy but she was initially a miss Ghana contestant.

she is one of many actresses who have a lot of downsides when it comes to their relationships. she has had failed relationships over the years with most prominent men.

she was in a relationship with Jamie Roberts, the Welsh rugby union player which brought forth her daughter, Ryn Roberts but the relationship failed.

ALSO READ  "Being single is boring"- Sandra Ankobia discloses she is lonely.

Ryn Roberts was born on October 29, 2017. she is barely three years old and she is growing faster and beautiful.

check out some pictures below: