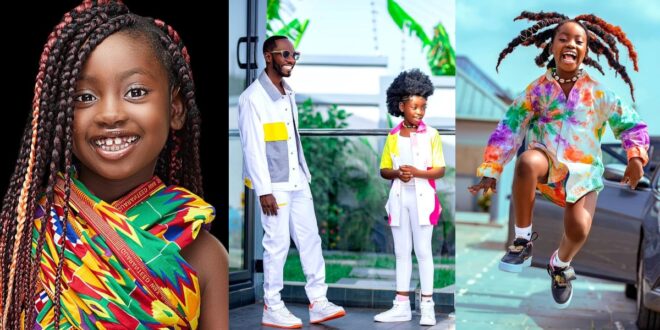 According to her social media activity, Okyeame Kwame’s daughter, Sante Apau, is already a star.

The eight-year-old girl has also established herself as a businesswoman. She is a brand ambassador for a children’s hair brand, which she has promoted extensively on social media.

However apart from her career, Sante has repeatedly shown that she carries her father’s blood in her veins by rapping like a superstar.

In their social media messages, she and her brother, Sir Kwame Bota, are almost always seen together.

On this are seven pictures of Sante that show she is already a celebrity at the age of eight.

below are her photos;