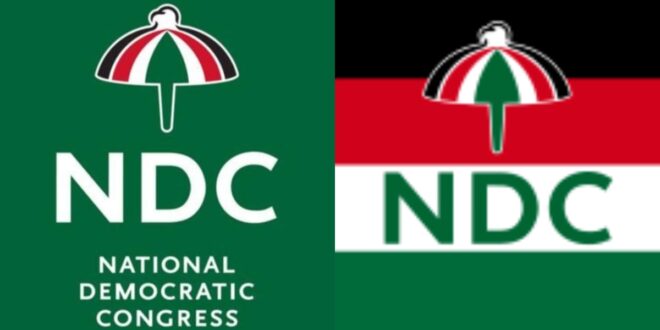 it seems all is not well from the camp of the National Democratic Congress(NDC) as members fights and betray each other.

Issah Mahmud Ali, The Techiman South Communications Officer of the party has accused Abdul Hameed Zakaria and other leading members of forgery among other heinous acts.

“Election Director forged the signature of the Seconder, Mariam Jibreel on the nomination Forms. Bin Laden lied and convinced the Constituency Chairman and the Parliamentary Candidate of Techiman South to sign a letter directing Techiman Municipal Director of Electoral Commission not to deal with the Constituency Secretary, Suleman Twih Brempong, in terms of election correspondence because he cannot be trusted. All these evil and outrageous tactics were propagated against the Constituency Secretary and the party,” he disclosed in an article spotted by MyNewsGh.com.

“Comrade, what will shock you is that there is this one particular polling station D\A Primary School, Ahansua 1B which brought all the confusion. The Election Director, Bin Laden, told the whole world that, NDC Polling Agent was severely beaten and that he could not get the Pink Sheet from the Presiding Officer. He also told us that, at the Collation Centre, only NPP had Pink Sheet from that Polling Station.”

“Comrades suffice it to know that, all these were fabricated by Bin Laden, the self-acclaimed all-knowing master of election. He was deceitful, the hope of Mr. Christopher Beyere Baasongti’s victory after painting some experienced personalities blacked,” he further revealed.

“According to our Polling Agent, Mr. Ati Solomon, he submitted his Pink Sheet as early as 8 AM, Tuesday, December 8, 2020, to Bin Laden, through one Issaka, at the Collation Centre. Now the big question we should all ask the self-acclaimed all-knowing Election Director is that, why did he hide the Pink Sheet at that critical moment at the Collation Centre? Why did he lie that, there was fight when actually there was no fight at Ahansua D\A Primary School?”

“His frivolous excused was that he refused to show our duplicate for collation because EC who are the custodian of Pink Sheets did not have the original. But since NPP were having their duplicate, he could have shown our duplicate for comparison and acceptance if the two are the same. These could have safe us from all the hullabaloos that, EC unlawfully declared the parliamentary results in the Techiman South Constituency, which was the cause of shooting and killing of innocent souls. May the Almighty Allah grant the souls of our departed heroes Al-Jannah.”

“This should tell us that, the trickster, Election Director after selling the seat to NPP deliberately refused to show our duplicate Pink Sheets for collation.”

“Comrades we should all wise up with the game plan of this Bin Laden. He is playing game with our toil and hard work in the 2020 election victory for JM and Chris,” Mahmud Ali added