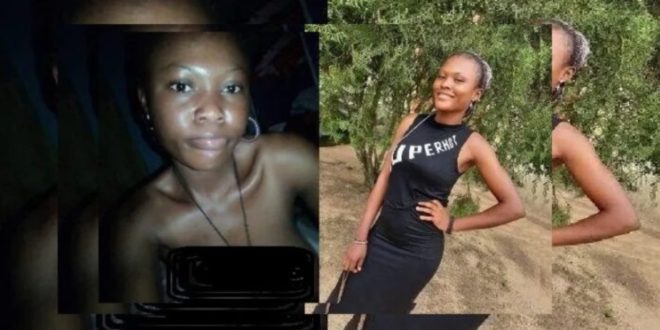 A Junior high school madam in Afram plains identified as madam Joyce has found her self in hot waters after her nude footages got leaked.

Madam Joyce – who sources claim she hails from Tease, a suburb of Afram Plains in the eastern region of ghana – mistakenly shared her nudes in a public group and it, in turn, got leaked.

The footage which was meant for her boyfriend has got the School madam fleeing the town out of shame after it attracted the fury of parents who were also on the platform.

However, due to our policies, we can not upload the video here. see the Post from the source below: