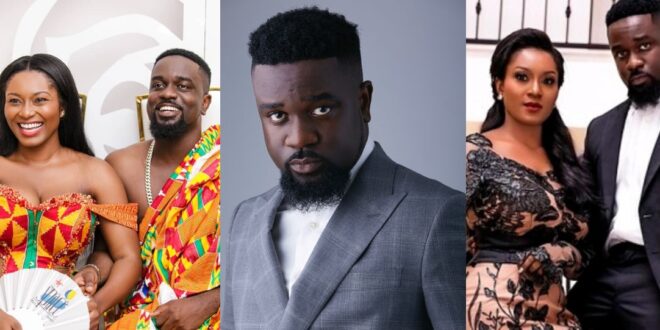 “44 cheap ladies want to ch0p me, but I am only yours”- Sarkodie assures Tracy

Sarkodie, a Ghanaian musician, is in a romantic and celebratory mood, and he’s giving his wife Tracy Sarkcess some hot guarantees.

The Sarkcess family went on a trip by themselves today to enjoy themselves, but the award-winning rapper took advantage of the intimate environment to convince his wife of his love.

Sarkodie was seen in a video he shared on his page telling Tracy how he has sold himself to her in the lyrics of his yet-to-be-released music.

When he’s on stage, he claims that up to 44 slay queens are hunting him for free chops, but Tracy is the only one who comes to mind.

Sark put on a romantic expression and concluded by saying Tracy is deserving of everything she has.

Some of the musician’s fans urged him to release the single and include the IG video as a scene in the music video after seeing it.

Watch him in the video below.