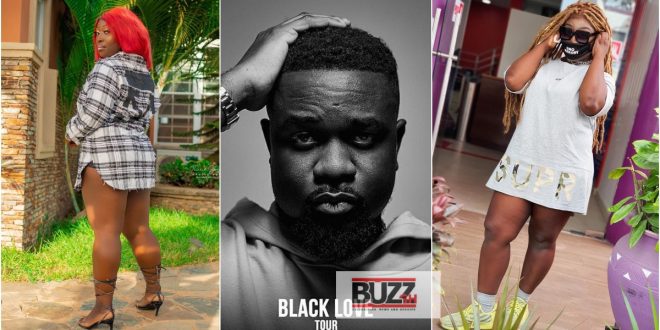 Sarkodie Was My Senior At School – Eno Barony Discloses

According to her, Sarkodie was her senior back at highschool. She added that not only Sarkodie but also Stonebwoy, Yaw Siki, and Stay Jay and claimed they all attended Tema Methodist Day Senior High School (MEDASS) at Community 11.

Eno revealed that she never approached Sarkodie back then because he was very quiet and he respected himself so much that he caused most girls’ hearts to melt. She added that she remembers he was called senior Mike back then.

She went forth bragging about her school ‘MEDASS’ for producing prominent people in the music industry. “My school (GREAT MEDASS) over the years has churned out music stars like Sarkodie. Stonebwoy, Stay Jay, Yaw Siki Piesie, and me”.she said

The two once(Sarkodie and Eno Barony) collaborated in a track alongside Yaa Pono and Bra Clem. the song was dubbed ‘pull up‘