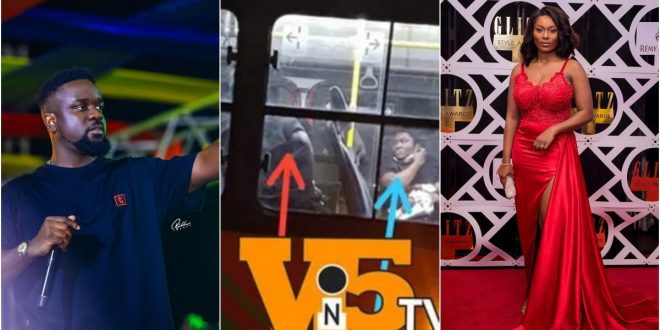 At long last Ghana’s favorite rapper Sarkodie and his family have finally arrived in Ghana weeks after they got stuck in abroad due to lockdown protocols that were enforced to curb the spread of COVID 19.

Their arrival was announced by the wife Tracy Sarkcess in a social media post that she made thanking God for his travelling mercies.

It has been reported that all evacuated citizens will begin a 14-days mandatory quarantine in a plush hotel which will be funded by The rapper.

The government has negotiated prices with the plush Kempinski Hotel, African Regent Hotel, and Alisa Hotel to quarantine such people on their arrival.

Meanwhile, there’s a wild rumor saying Tracy has given birth to the rapper’s second child as people claim she was seen with a newborn baby. This seems to confirm the reports which emerged a few weeks ago that Sarkodie travelled outside with his family so the wife could give birth there.

see the picture below: