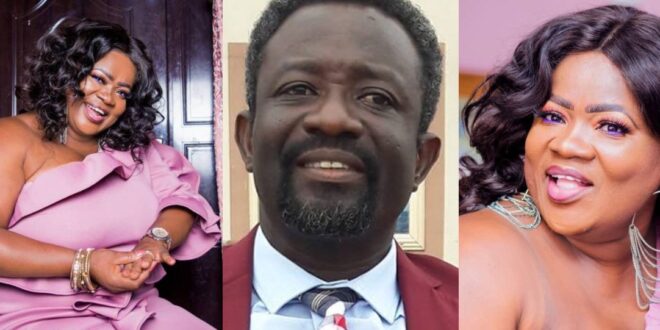 Samuel Nyamekye, the movie producer and owner of Miracle Films, revealed the surprising sum he paid Mercy Asiedu for playing a character in the famous Kumawood film “Asoreba.”

In an interview with Zionfelix, Samuel Nyamekye disclosed that Mercy Asiedu was not the one who was supposed to play a women’s fellowship leader in the popular Kumawood film “Asoreba.”

According to him, the role was originally intended for someone else who, for various reasons, was unable to participate in the film.

According to Samuel Nyamekye, his colleague Jackson K. Bentum proposed Mercy Asiedu for the role, who was already appearing on a concert party at the time.

He revealed that Asoreba was Mercy Asiedu’s first film, and she did a fantastic job in it.

Mercy Asiedu was paid GHC30 for her appearance in the Kumawood film “Asoreba,” according to Samuel Nyamekye.