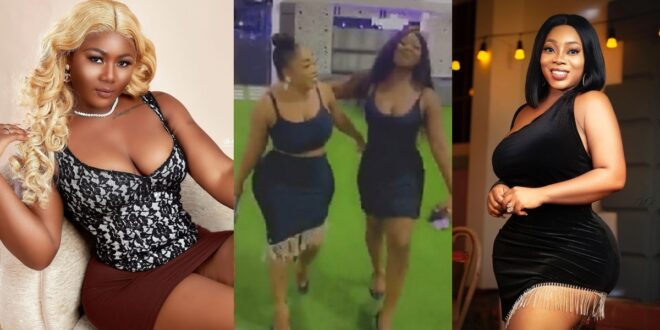 Salma and Moesha fighting on social media because of a Sugar Daddy.

After putting an end to their long-running feud about nine months ago, Salma Mumin and Moesha Boduong are said to have given their feud more substance.

exposed themselves. The two actresses used their social media accounts to throw insults at each other as well as spill hidden secrets, causing a social media backlash.

According to a recent revelation spotted on Instagram gossip channel, thosecalledcelebs, the two have reignited their long-dormant feud.

According to thosecalledcelebs, the two are squabbling about a guy, with one accusing the other of not doing the best for herself.

Here is what she said in her letter: