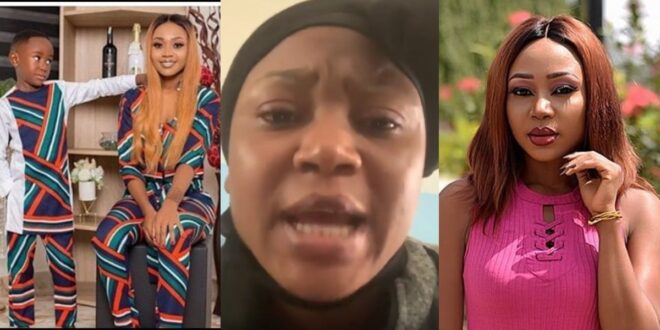 Sad Video – Remember me in prayers, I will be back very soon – Akuapem Poloo says in her last video as she goes to prison

As we reported earlier, the Circuit Court in Accra sentenced actress Rosemond Brown, also known as Akuapem Poloo, to 90 days in jail.

since we have been monitoring the case and everything surrounding Poloo, we have chanced on a video on her Instagram handle just after her court sentence.

in the video, as we sighted, the actress was seen very worried even though she thanked all Ghanaians, her colleagues, and everyone who supported her to be freed.

Akuapem Poloo says all though she is strong, all that she needs is prayers and support in other to pass through all that she is going through now.

she also ended in the video that she will be back with us soon, meaning she is actually going to jail.