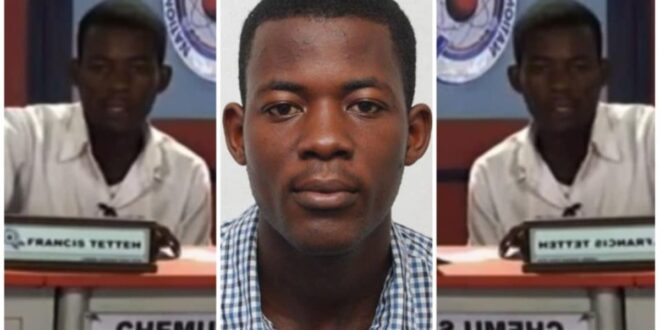 Last weekend, the Toronto Ghanaian community was shocked to learn of the death of a Ghanaian student, Francis Beamish Tetteh, at the young age of 27.

Francis was a Ph.D. student at Lassonde and a graduate of the Mechanical Engineering department.

Throughout his year-long fight with cancer, the mechanical engineering community at Lassonde, especially his friends and research group, opened their hearts and stayed by his side.

In 2015-2016, he was named the Best Material Engineering Graduating Student.

In 2018, his passion for higher education took him to Canada. “Teamwork, hard work capacity, good delivery, self-discipline, leadership, and willingness to learn” were all factors in his decision to pursue post-graduate studies.

He was accepted into York University’s MSc program in Mechanical Engineering, where he will be supervised by Dr. Solomon Boakye-Yiadom.

Francis was promoted to the Ph.D. program as a result of his diligent work and determination. He excelled in both academia and science.

Francis was eventually diagnosed with cancer, but he refused to let it slow him down.

He passed his qualifying test, wrote thesis articles, and completed his Teaching Assistantship duties while undergoing therapy and surgery.

“Francis was one of the nicest humans to grace this earth,” his nearest friends claim. He was generous and humble, still able to lend a helping hand to a friend.”

Francis, may you rest in peace. We will always remember you.