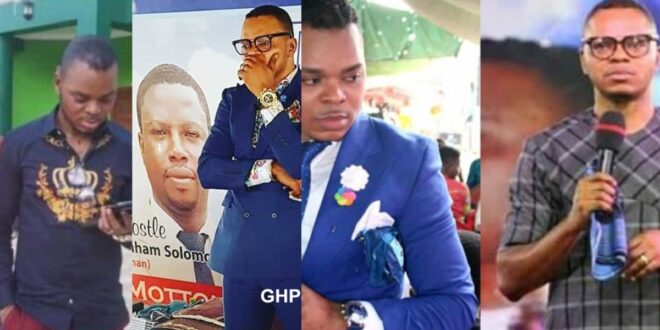 According to information obtained by our outfit, Mr Kojo Bonsu, the father of Bishop Daniel Obinim, the creator of the International Gods’way Church, has died.

Agya Bonsu, a man in his late 70s, died in Bosome, a suburb of the regional capital, yesterday, April 10th.

Bishop Obinim’s now-deceased father complained of feeling feverish and was hurried to the hospital, according to several family accounts.

After many efforts by medical personnel, he was unable to recover. His corpse has been placed in the mortuary awaiting the family’s funeral plans.

The question now is, how come Bishop Obinim, who appears to possess all healing abilities, was unable to rescue his ailing biological father?

Anyway, rest in peace, Mr. Kojo Bonsu, and may God hold him secure in His arms.