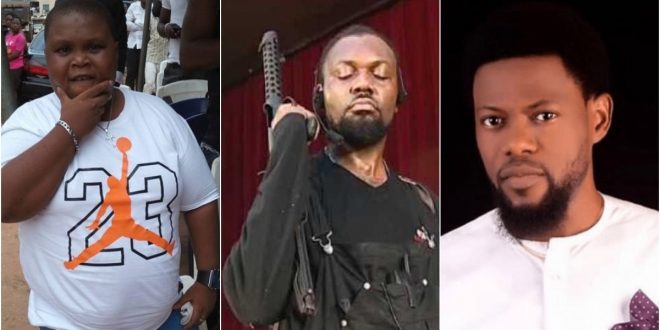 As death being unforeseen and inherent in man’s life, one can die anywhere but most people prefer to die when at peace like while asleep. it’d be pretty terrible to die at work and the painful one will be if you do not enjoy what you do.

However, if you’re a creative type, like an actor or a performer, then work doesn’t always really feel like work, and every day lived in pursuit of it is a joy.

In fact, there have been a few times in entertainment history when performers have actually died doing what they loved

Here’s a list of some Nigerian stars who kept on working up to and until their last breaths, they never got a chance to retire, because they died while onset.

Circumstances surrounding his death wasn’t immediately known. He died at the age of 27 years in 2018 while on set, according to preliminary reports.

The late star was reportedly hit by a stray bullet during a crossfire between the police and some armed robbers who were operating at a bank along Summit Express in the town in 2014 after returning from set.

Akpor drowned in the swimming pool of a popular hotel in Asaba, Delta State, according to The Sun. The report added that he was at a film location shooting a movie along with other crew members when he fell into the pool. This happened in 2019.

Tom was a handsome young man who was known for his bad-boy roles in movies. He died on September 28, 2006, in a ghastly auto accident while returning from a location after shooting late into the night.

Mattew Alkali, popularly called The Bishop, died while on the set of a movie production this year, 2020. A Nigerian filmmaker, Dimbo Atiya, who broke the news of his demise on Facebook said the actor died “suddenly while he was filming on a set for an epic movie in a village near Keffi, Nasarawa State.”