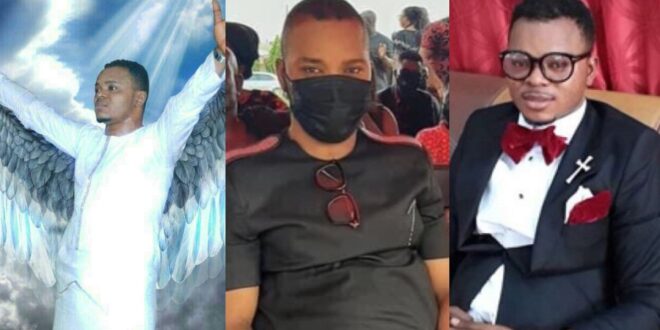 Bishop Daniel Obinim looks sober in photos taken during his late father’s one-week memorial service, and he is probably asking why, after his many miracles, he did not save his father.

Agya Bonsu, the deceased, died on April 10 in Bosome, a suburb of the regional capital, according to an earlier report by Buzzgh.com.

Agya complained of feeling feverish and was rushed to the hospital, according to several family reports, only to be pronounced dead minutes later.

The one-week memorial service was held in Ghana’s Ashanti Region at Abuakwa Sepase.

According to reports, Bishop Isaac Appiah Ogya Nyame and Benjamin Agyemang were the only two major men of God who came to sympathize with Obinim (Igwee).

Florence Obinim, the adorable wife of Bishop Daniel Obinim, was also present at the function and delighted mourners with back-to-back shows.