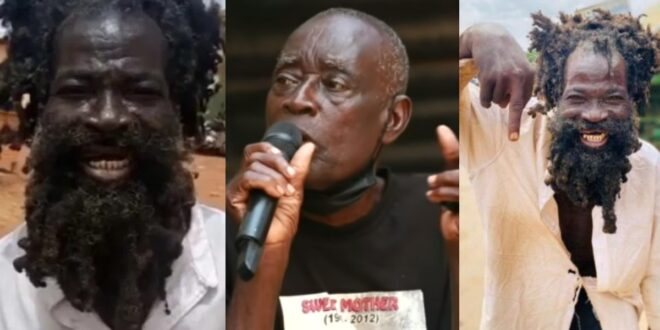 Yaw Mensah, the father of Kofi Ampofo, better known as “Mona Mobl3,” has finally spoken out.

Yaw Mensah revealed to Kofi Adoma on Kofi TV that when ‘Mona mobl3′ began to exhibit symptoms of insanity, he took him to the Ankaful Psychiatric Hospital.

According to the 80-year-old man, after a series of mental evaluations, the doctor concluded that Ampofo was in good mental health because he passed all of the tests, and thus discharged him the very same day.