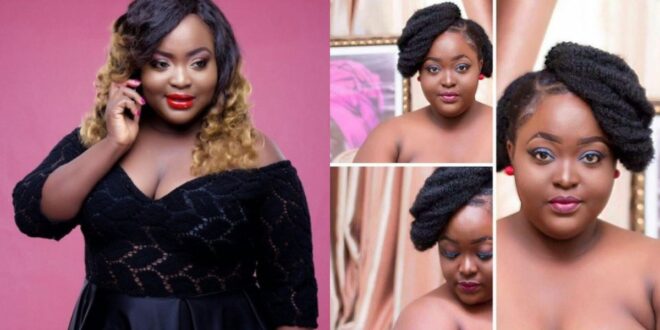 Roselyn Ngissah earns money by pimping attractive, pretty girls into wealthy guys, according to Cutie Julls. Cutie further added that the young lady began behaving strange  after Roselyn pimped the yet to be named lady to a rich guy.

I want you to do your own calculations.

Well so there is this popular girl that Sissy Roslyn kinda helps hook her up with rich dudes. Infact a couple of girls but this particular is just about one of them.

According to the family member who gave us the reciepts, it was the first time Roslyn is hooking this girl up but from our investigations, it’s not even the 10th time. It’s serverally. Like it’s a norm. Especially for Roslyn’s rich friends who are mostly Nigerians

Now, one day, somewhere last yr when this girl returned home from one of thw usual hookups. After toto banging etc in exchange for money, the girl suddenly run MAD [Wabodam. She don kolo] Started behaving abnormal. Like mad as in mad and mentioning the man. Now the family says they have been begging Roslyn to take them to this man in question so they can beg him to undo whatever he’s done to their daughter since they suspect the man used the girl’s brains for rituals but Roslyn has refused so now they are suspecting Roslyn has a hand in it. Even tho we tried telling them that it could be a mere coinscidence, they believe what they want to believe.

And from our accurate nsem hwehwemu nu, Sissy Rosy is in very hot soup.

Hmmm the matter sef tire we.

To be continue.. We’ll bring the family on our live IG to spill the rest themselves. It’s too heavy for us..

Roselyn Ngissah has finally responded to her pimping accusations. She has seen quite a lot of blogs reporting the story without approaching her to find out the facts, according to the actress.

She also added that its fake, the news regarding pimping women is incorrect and that no one is crazy to claim that no Nigerian is involved as it was rumored. In a phone conversation with Adom TV’s sister, Sandy Bi Y3 Guy, she made this announcement.