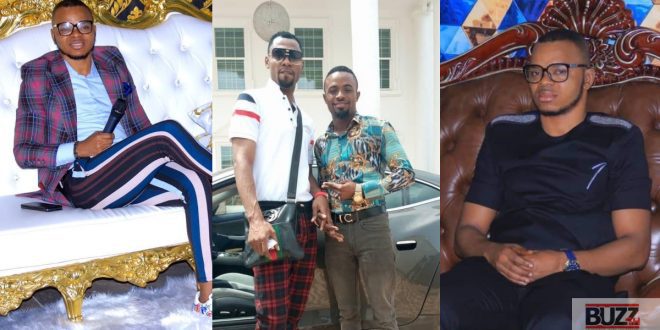 Rogue Junior pastor of Obinim reveals that Obinim was sleeping with his wife that was why he left his church. (video)

Angel Obinim have come under fire this past few days in his fight with Kennedy Agyapong.

The secrets he has been hiding for so long are finally been released by the politician and this is making headlines everyday.

It will be remembered that one of the junior pastors of Obinim, left his camp to join Rev Obofour who was regarded as a rival.

He failed to reveal the reason why he left but he has disclosed it to Kennedy Agyapong to use in his fight against Obinim.

According to the junior pastor whose name is Osofo Saviour, his wife served as a maid in Obinim’s house before he married her and Obinim took advantage of her, slept with her and they aborted many pregnancies together.

Saviour said he did not know this before he married the lady but after marriage, Obinim continued to make advances towards his wife wanting to chop her again.

Saviour revealed he left Obinim’s church because of this and even when they were about to marry, Obinim revealed that he had a vision and the marriage did not last for even a year, but they have been married for 5 years now.

Saviour told kennedy that Obinim threatened to kill him should he come out and utter a word or leave his church.