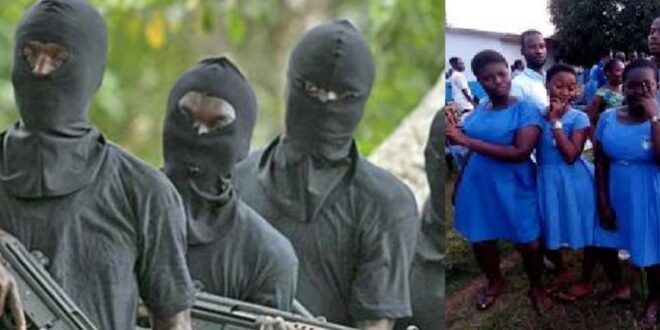 robbers struck and made away with cash and assets of the students at Spiritan Senior High School in the Ashanti Region of Ghana.

The two criminals raided the school campus on February 14, 2021, with heavy guns to assault the students, according to eyewitnesses, and even molested some of the female students.

Police Service announced that the robbers made way with valuable student properties such as cell phones, computers and an unspecified sum of money.

In an interview with Pure FM, Mr. Pual Yeboah Asiamah, the Assemblyman of the district, Adankwame, reported the unfortunate incident and disclosed that the robbers molested some of the female students after their raid.

Some of the students had to flee for cover of their life from the narration by the Assemblyman as they noticed the robbers’ presence.

“Adankwame has recorded several robbery cases…robbers are really tormenting the lives of the people. It is difficult to go out after 7pm and before 7am due to insecurity in the community” He said.

According to him, steps to tighten security at the school were placed in motion.

As per the filing of this article, no arrest has been made so far, a formal complaint has been lodged by the school and inquiries have begun.