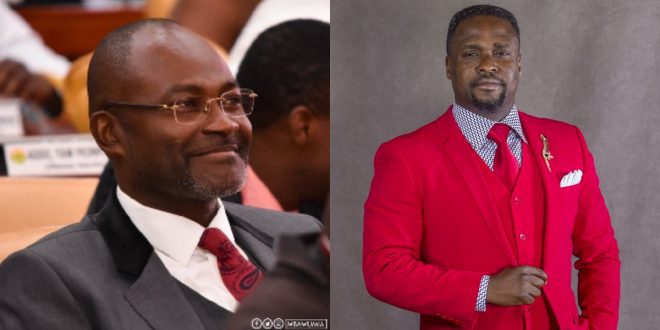 The Member of Parliament for Assin Central Hon. Kennedy Agyapong is still on his mission of exposing the fake pastors in Ghana.

Just as Kennedy sits on his Net2 TV station and exposes these men of God, on the same station the MP has exposed Reverend Osei Bonsu of MOGPA.

according to Kennedy Agyapong in a video, as we monitored on his TV station, Reverend Osei Bonsu gets his powers from ‘Juju’- fetish priest.

Kennedy on his TV station disclosed that the self-acclaimed man of God has taken the advantage of his uncountable members by selling wrist bands and handkerchiefs to them.

Kennedy Agyapong also revealed that he knows some of the fetish priest who secretly deals with Reverend Osei Bonsu of MOGPA.