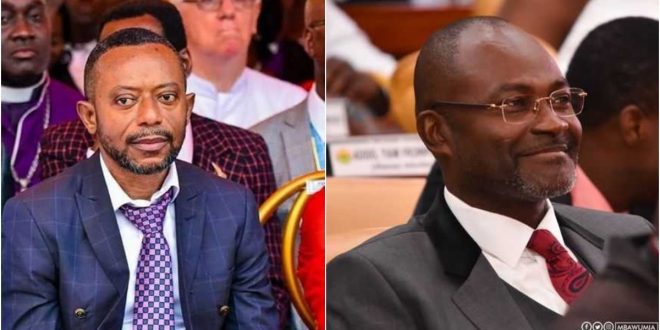 Rev Owusu Bempah is behind Kennedy Agyapong fighting other pastors in Ghana.

It has become a thing that Ghanaians expect the member of parliament for Assin Central, Hon Kennedy Agyapong to fight pastors every week on his TV station Net 2.

He had Angel Obinim arrested and now has taken his fight to Prophet Nigel who is supposedly a sympathizer of the NDC.

Speaking on live radio with Mugabe maase on power FM, Former member of parliament Kojo Adu Asare has disclosed that, Rev Owusu Bempah is behind all the onslaughts Kennedy AGyapong is having on prophet Nigel recently.

According to him, Rev Owusu Bempah sees Prophet Nigel as a threat to the NPP and therefore wants to disgrace him.

He sighted an example saying that Kennedy Agyapong revealed he was not going to attack any prophet unless the person attacks him, but Nigel has not spoken against Kennedy in any way.