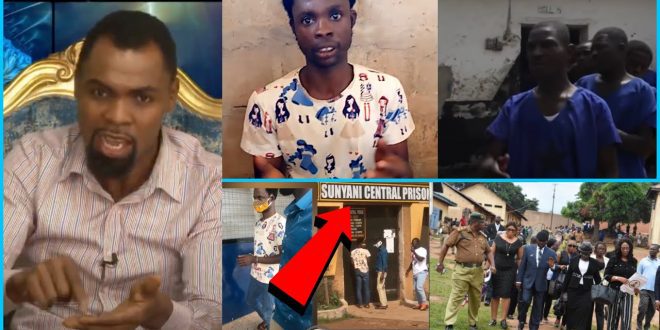 The founder and leader of Anointed Palace Chapel, Rev. Obofour have finally caused the arrest of Prophet Elisha after he falsely accused him of being into occultism.

It could be recalled that Prophet Elisha leveled certain allegations toward Rev. Obofour in an interview with Metro FM. He revealed that Obofour killed two of kids in order to seek for spiritual power in Benin.

He added that Obofour had now turned into a cannibal who feeds on human intestines in order to gain power. He further stated that Rev. Obofour buries wombs in his church and also cows every three months for sacrifice.

Rev. Obofour after coming out to deny these allegations vowed not to forgive anyone who falsely accuses him to defame his character and that he will go all out to make sure Prophet Elisha is arrested and brought to justice.

Fearing what he was going to face, Prophet Elisha recorded an audio apologizing to the preacher.

In a recent video, Obofour has revealed that Rev has been arrested and it is of his makings. He further revealed Elisha was jailed a day after he was finally arrested by the police.