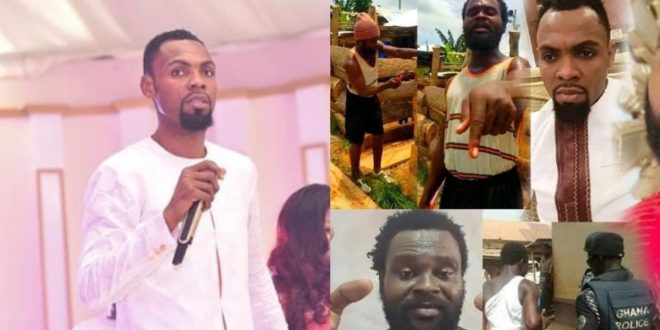 “Rev. Obofour Got Me Arrested But I Got Bailed” – Preacher Man shockingly reveal

A self-acclaimed preacher man identified as Evangelist. Luther Afawuah has accused Rev. Obofour (the founder and leader of the Anointed Palace Chapel) of getting him arrested for no relevant reason after he saw him preaching.

According to this man, the renowned man of God called for his arrest because he looks like a mad man preaching the word of God. He disclosed that Obofour told the commander and the police that he doesn’t look like a pastor and shouldn’t be allowed to preach the word of God in the public.

He went on to claim that Obofour, through this, has shown that he is only good at making people feel inferior. Luther Afawuah said it took the intervention of some military official who granted him bail to get off of police custody.

He went on to stress that nobody can intimidate him because the God he serves is mightier than the God Rev. Obofour.

watch the video below to known more: