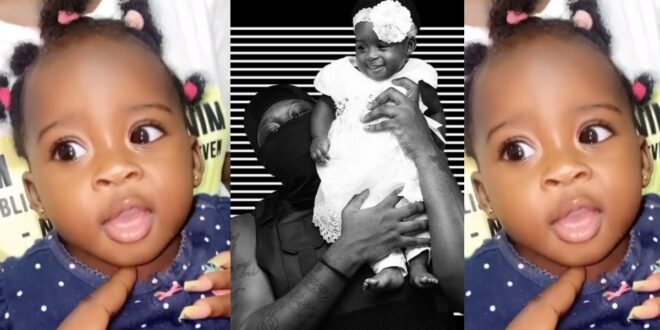 Respect your parents – Medikal tells his daughter in an adorable video

Medikal, a Ghanaian rapper, made the internet laugh with a video urging his seven-month-old daughter Baby Island to obey her parents.

Medikal is seen moaning in a recent video spotted by Buzzgh.com that Island hadn’t yet come to greet him as she does each day.

Innocent Island could only laugh because she had no clue what was going on all around her.

Narnarh Berry have been creating content for blogs which includes Buzzgh.com and bestshowbiz.com, you can contact her via Email on na[email protected]