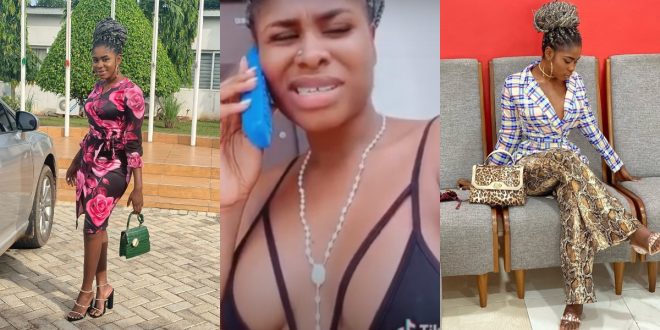 Kumawood actress turned singer Maame Yaa Jackson who claimed to be repented has shockingly shown off her boobs as she goes braless in a new video.

in a short recall, after the sudden death of actor Bishop Bernard Nyarko, Yaa Jackson surprisingly disclosed that she has repented and will not be doing the bad thing she used to do.

the actress disclosed that since she has repented she will no more show off her flesh and wear shot dresses anymore after she dropped her first gospel.

well in a video as we sighted on the media, Yaa Jackson goes braless, wearing a dress which shows off part of her boobs on Tok Tok.