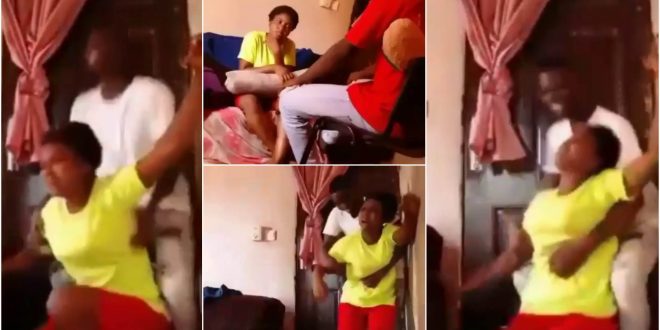 just as we promised to give you more gist about Junior, the guy who mercilessly beat up his girlfriend in a viral video, the reasons why the girl was beaten has finally been disclosed.

according to a report sighted by Buzzgh.com, Junior who is also identified with the Facebook name King Marret D Entertainment beat up his girlfriend all because she told him she was pregnant.

details of the guys who were around whiles this ugly incident happened are as follows;

if You missed the video follow the link below;