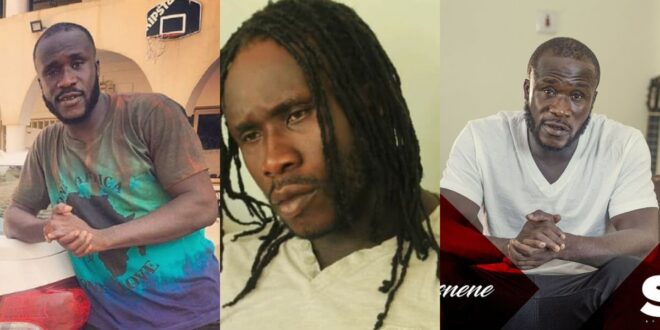 Ras Nene is the one who has saved Kumawood Movies

For his enormous effort to hold the Kumawood comedy industry shining, Ghanaians have showered praise on comic actor Ras Nenee aka Likee.

He is currently the king of skits in the country, without any faint shake of doubt, as he continues to carry joy to the face of Ghanaians living in Ghana and abroad.

He kept the mantle with his other friends, who are still now in the business of launching these short films, in recent years after the Kumawood movie industry took a nosedive.

Many directors, creators, actors, and actresses from Kumawood have expressed diverse views on the cause of the decline of what used to be a very vibrant industry.

Many considered Dumsor as a major trigger, although others argue that the restoration of the demand for Kejetia separated the bridge between marketers and film producers that led to the crash.

Others also claim that the proliferation of cell phones in Ghana led greatly to the decline since people who used these android phones started downloading and watching videos on their phones that impacted the CD’s patronage.

To highlight their skills, several actresses and actors then shifted to Youtube and other video sites, and Ras Nenee is an example.

He has been highly praised today on social media, sidewalks, homes, and workplaces, for his role in adding some brilliance to local movies.

Ras Neene began his film career as an adversary with a strange persona, with directors not recognizing he had another secret comedy ability.