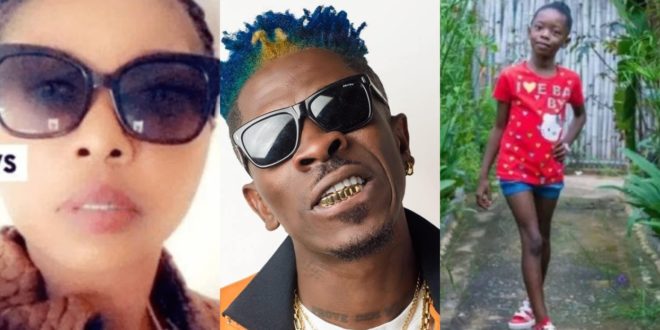 As of now, we all know shatta Wale is more than just a father of one after he took to social media to celebrate his daughter on her birthday some time ago.

However, he has three kids as he once revealed his other son stays with his mommy abroad.

All his three kids have their separate mother but unfortunately, Michy, the mother of Majesty happens to be the name on the lips of everyone if asked of the baby mamas of the dancehall king.

Well, we have chanced on a rare photo of the first baby mama of the award-winning musician who is identified as Eden Akosua Dufia. At first glance at her picture, you would support that Shatta has eyes for goods things.

According to our findings, Eden Akosua is the mother of Shatta Wale’s daughter, Cherissa and the two were reportedly dating when Shatta Wale was Bandana.

ALSO READ  “My Bortors Is Not Free, You Must Pay” – Hajia Bintu Says As She Shakes Her Heavy Backside

see her photo below: