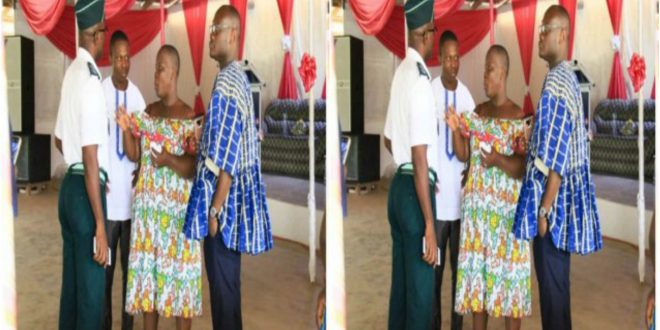 Prophetess arrested from holding prayer camp meeting after the ban on churches.

A prophetess named Mrs. Veronica Okai the Founder/Overseer of The Break of Mountains Jesus Prayer camp located at the Pokrom Community in the Eastern region was picked up by police along with one of her elders after she organized prayer meeting with her members.

By reports, she was arrested with an Elder of her camp by the Akuapem South District Security Council (DISEC) today’s afternoon at about 12:45 pm whilst holding church service.

The prayer camp have been shut down as part of the directive by the president to stop all mass gatherings to stop the spread of the coronavirus.