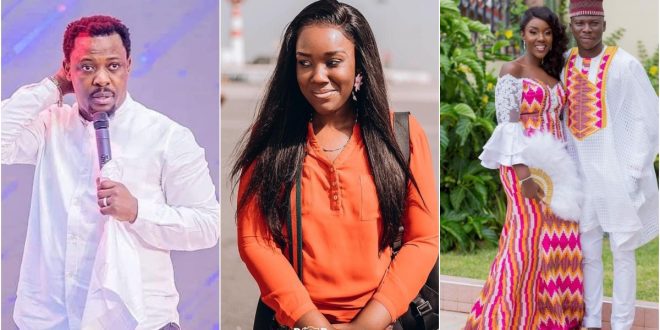 Prophet Nigel is the name on every lips in Ghana after the Member of parliament for assin central put him in the spotlight.

Kennedy Agyapong has made it his mission to expose fake men of God in the country and after doing justice to Obinim, he has now set his sight on Prophet Nigel, who is well known for predicting the death of Ebony.

” Stonebwoy’s wife is a very prayerful woman. She was invited to the church by her friend. The wife was purposely there to support the husband’s (stonebwoy) work with prayers. Then Prophet Nigel saw that as an opportunity. He once told the woman through ‘fake prophecy’ that he had seen that some group of persons in the music industry wanted her husband dead.”

“You know how women are, once you say that, they begin to believe you because they might have encountered certain scenarios. The woman started to come church regularly after the prophecy. Just after a while, she had stopped coming. I made inquiries and got to know his husband, Stonevwoy had warned her to stop coming to our Church. I thanked God in my head because I knew he was getting closer to ‘laying’ her in his bed.”