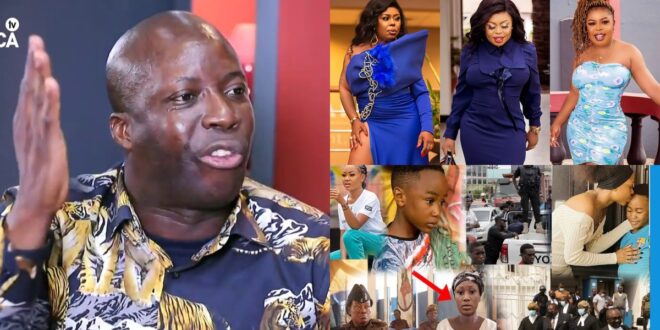 According to Kumchacha, Afia Schwarzenegger has evolved into a rude public nuisance who has a habit of offending everyone, regardless of their social status.

“Ghanaians have accepted her for way too long, and it is because of this that we have arrived at this stage. She intends to do so to any influential Ghanaian. She has offended President Akufo-Addo, Ministers, and Prominent Chiefs with her lifestyle, and she most recently insulted the Kasoa Police Commander and his entire officers.

“She is offended nearly every pastor in the world.” She insulted the innocent 70-year-old Apostle Kwadwo Safo, and when I told her about it, she insulted me as well. Since she has always been tolerated, she is going to end up offending everybody in this country,” he said in an interview with Oman Channel.

Afia said that Ghanaians asking for Poloo’s acquittal on humanitarian grounds for posting a nude image of herself and her seven-year-old son on social media were just hypocrites, among other harsh terms she used.

She defended her actions by claiming that the same Ghanaians who demanded her colleague’s arrest when she shared the picture were the ones who are saying now that she should be freed.

Prophet Kumchacha, however, speaking about Akuapem Poloo’s three-month jail sentence, characterized Afia’s remarks before and after Poloo’s trial as not in the best interests of the convicted actress, and advised her to be mindful of how she insults almost anyone.

“‘The woman’s folly is loud; she is seductive and understands little,’ says Proverbs 9:13, and we have entertained her for much too long,” he added.