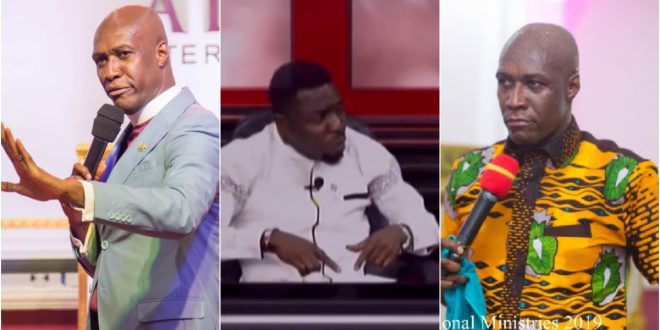 Prophet Manasseh Kwabena Boateng on his journey to bring all fake pastors to light has yet revealed another secret about a powerful man of God this time Prophet Kofi Oduro.

Manasseh on Net 2 TV has alleged that Prophet Kofi has impregnated many girls at Tesano and threatened to expose the man of God more if he dares challenges. according to him, he once wanted Prophet Kofi Oduro to be his spiritual father when he first heard him preach on a radio station.

He saw Kofi Oduro as a powerful and genuine man of God so he approached him to confess his sins but it turned out to be the opposite. Manasseh claimed he was disgraced and dragged out by the man of God in front of his wife base on his dressing and stature then.

He also alleged that Oduro once defrauded a lot of people at one church he used to preach during his early days.