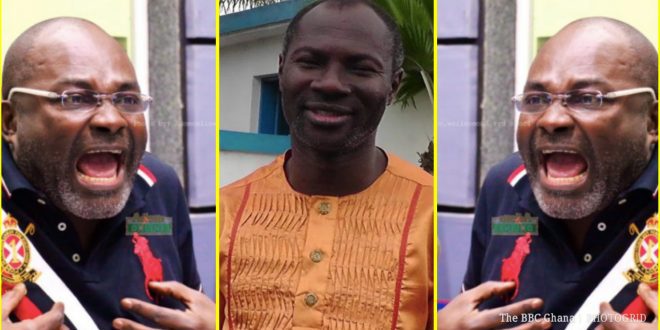 A few days ago we reported on how Kennedy Agyapong blasted Prophet Badu Kobi for insulting the President.

Kennedy on his TV station made some damning revelation about the man of God saying Badu Kobi has been sleeping with the ladies in his church.

well, today Kennedy once again on his TV station has disclosed that Prophet Badu Kobi has apologies to him.

according to the MP, Badu Kobi has finally apologies and has begged him not to expose him anymore.